How will US import tariffs affect the auto industry?

The US might impose 25% import tariffs on cars on national security grounds. What is the forecast impact and how is the auto industry responding? 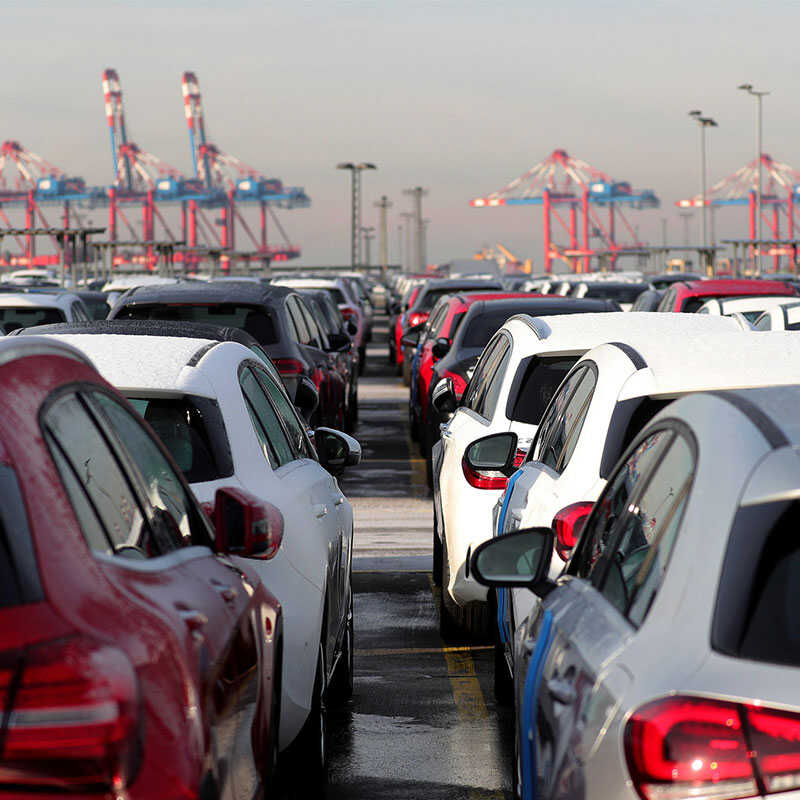 Germany
German OEMs produce about 1.6 million cars in the US alone, of which about 600,000 to 800,000 are sold in the US. Many related Tier 1 suppliers also operate inside the US. Currently, these outsourced manufacturers are dealing with the impact of steel and aluminium tariffs which worked to drive up operating costs.
While these companies will not be affected by an auto parts tariff, German OEMs also export an additional 500,000 vehicles to the US. These units would feel the impact of any added levies. However, luxury car manufacturers should be in a better position to manage added costs as their main segments are typically more willing to accept price increases. That being said, German or other European suppliers that are currently exporting parts to the US will likely face a significant reduction in profitability as a result of the new tariffs, as many US-based importers may decide to switch to local suppliers. Moving forward, these foreign suppliers could pose a substantial credit risk, especially those businesses that are already in a poor liquidity situation.
China
China’s auto industry is largely independent of the US market. US imports currently account for only 1% of the vehicles sold in China. However, US manufacturers still export more than USD 10 billion worth of related automotive products to the country. Increasing trade tensions between the two countries has caused these manufacturers to lower their profit estimates. However, the Chinese government has worked to mitigate these rising costs, by lowering import duties for non-US vehicles and auto parts by 10% and 4% respectively.
China has also taken steps to invite investment opportunities for overseas car manufacturers. The country is loosening restrictions on joint ventures for the electric vehicles sector this year. The country has also announced plans to open up the commercial vehicles market by 2020 and the passenger cars market by 2022. This should help to stabilize the Chinese auto industry even if further US tariffs are implemented.
South Korea
South Korea’s auto industry contributes an estimated 10% to the country’s GDP and employs almost 2 million people across the sector. In 2017, 33% of all South Korean car exports were made to the US, at an overall estimated valuation of USD 16 billion.  However, South Korea has some degree of protection against any further auto tariffs as many of their major manufacturers such as Hyundai (50%) and Kia (64%) produce a large portion of their US output in the United States. Kia also produces a further 300,000 units in Mexico which means that the company should enjoy additional protections under the USMCA.
Still, the US represents a large portion of South Korean exports and any tariffs in this respect would be impactful. The relatively small size of the South Korean car market means that the country cannot hope to make up any future deficits through future US car imports. Currently, only 13% of car imports to the country come from the US. Another factor to take into account is that local suppliers will feel the effects of increased parts and raw material tariffs if a large portion of their exports are to US-based facilities. These rising costs could pose a threat to the liquidity and future operating capabilities of these firms.
South Korea has worked to mitigate these threats by expanding their presence in other markets such as China (1.15 million units sold in 2017) and the EU (1 million units sold). As far as the US goes, there is some hope that a new independently agreed Free Trade deal could help to exempt South Korea from further auto tariffs, however the country will likely have to accept some limitations to its export capabilities in the future.